This story sounds like it’s straight out of a Lifetime TV movie, but for Teresa Martin, it’s very real.

19 year old Kenneka Jenkins left home Friday night around 11:30PM, driving her mother’s car, to go meet friends. Kenneka told her mother, Teresa Martin she was “going to the show and bowling”, said The Chicago Tribune, but her friends redirected her to a party at the Crowne Plaza Chicago O’Hare Hotel & Conference Center in Rosemont, IL.

One of her friends, Monifah Shelton, reportedly works in the kitchen of the hotel.

The friends smoke, drank, and listened to loud music inside the hotel room, recording their night in a Facebook Live video. Around 4AM Saturday, Kenneka’s friends called Teresa and told her they could not find her daughter. However, they did have Kenneka’s cell phone and her mother’s car, and were returning them to Kenneka’s mother, Teresa. The friends claimed they searched high and low at the hotel, but could not find Kenneka.

Within the next hour, Teresa Martin headed to the hotel to look for her daughter. She asked hotel staff if they could review camera footage to find her daughter, but was told she needed to file a missing person’s report with police before they could roll back the footage. 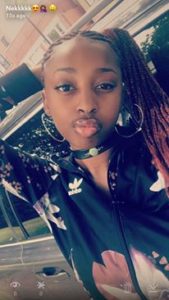 Teresa then called police, but was told by the Rosemont Police Department to wait a few more hours to see if Kenneka turned up. The following morning, Leonore Harris, Kenneka’s older sister, filed a report. Hours later, around 1:15PM, police contacted the hotel about the missing teenager. According to the Chicago Tribune, the staff conducted an 11 hour search for Kenneka to no avail. Around 3-4PM, Police also told Kenneka’s family they didn’t see Kenneka anywhere on the hotel’s cameras.

Teresa and her family came back to the hotel later that evening, going door to door asking tenants if they’d seen Kenneka. The staff called the police on the family for disrupting customers. The responding officer listened to the family’s cries and decided to help. The officer reviewed the hotel’s cameras and 4 four hours later, he notified Kenneka’s family that he spotted her on the hotel’s cameras. Kenneka was spotted at 3:20AM “staggering” near the front desk of the hotel Saturday morning. Around 1AM Sunday, police notified the family that Kenneka’s body was found in the hotel’s walk-in freezer located in the basement. 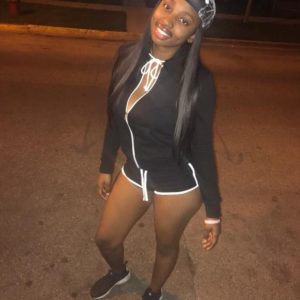 Teresa Martin spoke with the Chicago Tribune about the police’s reluctance to give her information on her daughter’s death. See that HERE.

Police believed she was drunk when she staggered up to the freezer, opened the freezer’s heavy double steel doors and left herself inside to die. The basement area where Kenneka’s body was found is currently under construction with no working cameras, allegedly. Because of this, no food is stored in that freezer, but the freezer was still allegedly turned on to the lowest possible temperature. Because the basement area is under construction, the area is only allegedly accessible to employees, like Monifah, who worked in the kitchen and purportedly had a key to the freezer.