I’ve said it before and I’ll say it again. The LGBT community are able to get shit done for their community because they know how to organize. 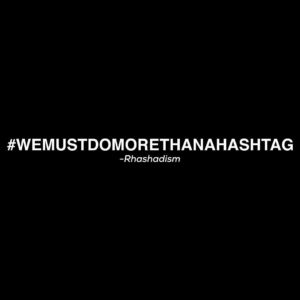 It’s not just about uniting. Black people can do that. Black people have done it. LGBT people form groups/organizations that meet with politicians, attend political candidates’ campaign rallies to ask “what do YOU plan to do FOR US?”

They list their needs to politicians running for office and say “if you can guarantee you’ll put certain policies in place FOR US (gender-fluid bathrooms, gay marriage laws, etc.), WE will donate to your campaign AND you’ll have our votes”. When that politician wins, guess what happens? LAWS CHANGE.

They show their local government that they NEED LGBT people. If an employee of establishment demonstrates anti-LGBT behavior, the LGBT community boycotts those establishments until that employee is fired, the establishment releases a statement of apology, AND new store policies are put in place to ensure those types of incidents never happen again.

Black people, being the largest group of consumers in the U.S., spending trillions annually in retail stores alone, continue shopping in the same department stores where they’re followed around like criminals. Chik-Fil-A stores took a public stance against the Black Lives Matter movement. Chik-Fil-A employees wore “Back The Blue” and “Go Blue Or Go Home” shirts in store to back the Blue Lives Matter (more) pro-law enforcement movement. Chik-Fil-A continues to be a favorite among the Black community. 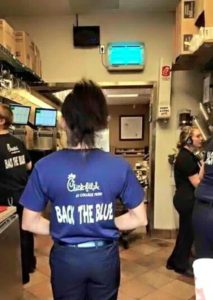 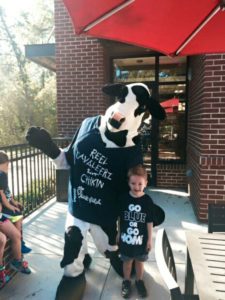 Retail chains like Walmart have more stores than ever in predominantly Black neighborhoods, employ millions of Black people, yet barely pay those employees a living wage. There have also been more than a few claims of discrimination against Black customers occuring at the retail chain, and yet, you can still catch Black people fighting over the last flat screen TV on Black Friday. 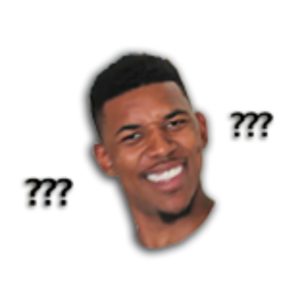 At what point are Black people going to STOP giving businesses the power of their almighty dollars and DEMAND respect? This isn’t an article bashing Black people and their disregard for their community in exchange for their individual wants. This is a call to action!

There are NAACP chapters in just about every major city, including Baton Rouge. Where are they during political rallies? Are they meeting with their local sheriffs during election season to get laws put in place in favor of Black people? Are they raising money to donate to those politicians’ campaigns who guarantee they’ll enforce new laws for Black residents and harsher punishments for those who break those laws? Where are our Black organizations when an establishment displays blatant discrimination towards Black people?

The leaders of these organizations have to do more than just march beside us in a #BlackLivesMatter protest and retweet the names of victims murdered because their brown skin was deemed a threat. It’s time that those who have elected themselves our “leaders” stop releasing statements from their offices and start sitting in the offices of local sheriffs, mayors, and congressmen, with a check in hand.

Alton Sterling is the 558th person killed this year alone by a police officer and his killers will likely walk away free with a nice severance package and a new job in a better district. 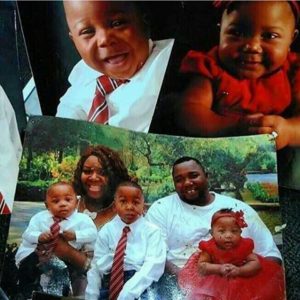