After being arrested Tuesday for reportedly pushing her daughter’s head into a locker at the daughter’s middle school, she was ordered to stay away from her daughter.

She reportedly hit her daughter up 3 houts after posting her $27K bail. When police arrived at Tommie’s Smyrna home to arrest her again, she reportedly refused to answer the door and hid in her attic.

See her new mugshot below: 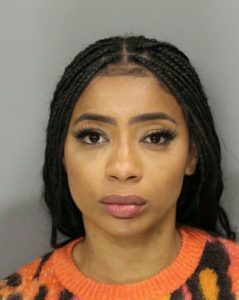