A Troy, NY lesbian couple and 2 of their children were found murdered the day after Christmas.

The family was supposed to spend Christmas with Shakera. They were found a day later in the basement of the apartment. Their bodies were “bound and their throats were cut”, says reports. 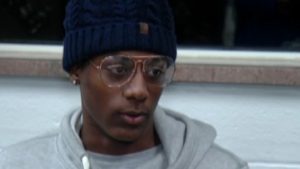 The only surviving member of the family, Shanta’s 15 year old son Isaiah Smith, was reportedly away in Massachusetts when he learned that his mother, sister and brother were all murdered back home.

Despite not knowing who’s responsible for or why his family was murdered, Isiah reportedly fears for his life, believing he could be next. Watch his interview below:

Police have yet to identify a suspect.