When EJ was 13 he told Cookie about his sexuality and his father sat him down to have a frank conversation.

According to the book, Johnson told his son: ‘I just want you to know that’s not what I thought my son would be and I’m very disappointed. Are you sure this is what you want?

Johnson added: ‘I want you to know that I am very disappointed. You are getting ready to go into a lifestyle that’s going to be very hard on you…I don’t approve’.

Johnson apologized the next day and told EJ that he had thought about it and that he was actually was ‘very proud of him’.

EJ’s sexuality became public in 2013 when show business website TMZ ran a video of him holding hands with his best friend. 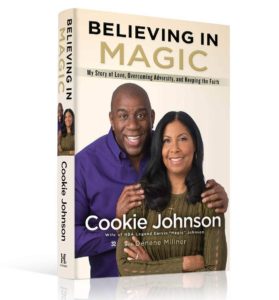