Remember that little girl the world fawned over as the most beautiful offspring of Brad Pitt and Angelina Jolie-Pitt? According to reports, the inevitable has happened: 9 year old Shiloh Jolie-Pitt is in “transition”.

Shiloh has always dressed herself in a boyish attire and kept her hair cut short. She was seen here back in October of 2015 rocking an even shorter style with her mom Angelina Jolie and sister Zahara. 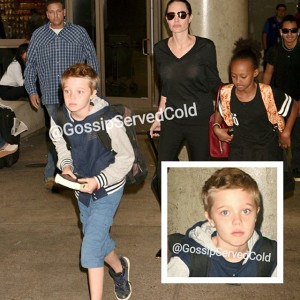 The Jolie-Pitts reportedly spoke to a gender specialist back in September who hasn’t labelled Shiloh as a “transgendered kid” just yet. While Brad, who was born under The Bible Belt of Oklahoma, has rarely spoke on Shiloh’s style, free-spirited Angie is more open to her daughter’s “choices”:

“I think she is fascinating, the choices she is making and I would never be the kind of parent to force somebody to be something they are not. I think that is just bad parenting,” says Angelina.

“Children should be allowed to express themselves in whatever way they wish without anybody judging them because it is an important part of their growth.”

What would you do if your school-aged child was struggling with gender identity? How would you handle your child’s desire to become the opposite sex? It’s important to note here gender identity and sexuality are not the same. 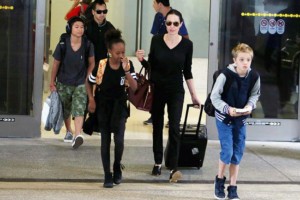 I started a conversation on children as young as Shiloh struggling with gender identity and how other parents would’ve approached the issue. Would they be as understanding and supportive as Angelina? 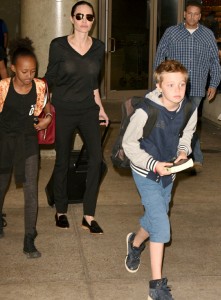 While most agreed school-aged children are too young to decide to transition, little Shiloh has already garnered support from celebrities. Amber Rose posted a picture of Shiloh, referring to her as “John” and applauded Brand and Angie’s supportive parenting approach. According to reports, Shiloh refers to be called John Jolie-Pitt. 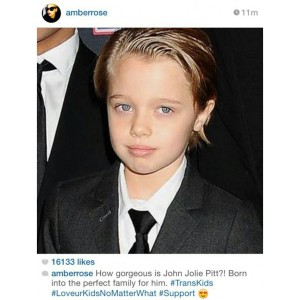 Would you allow your child to transition before they reach adulthood? How would you help your child if they were struggling with gender identity?