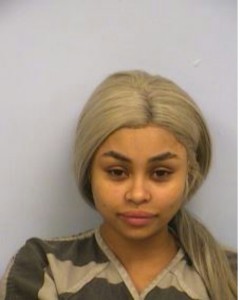 Instagram celeb Blac Chyna was arrested Friday evening for causing a disturbance aboard a flight from Austin to London. Blac Chyna, whose real name is Angela Renee White, was escorted by police off the plane at the Austin-Bergstrom International Airport on Friday evening. She was later arrested for “Public Intoxication and Possession of a Controlled Substance, 1 gram or more but less than 4 grams”. 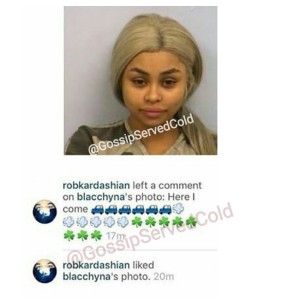 When the news broke of her arrest, her new boo, Rob Kardashian posted car emojis under her trending mugshot, implying he was on his way to bail her out. Rob then posted a screenshot of a freed Chyna while FaceTiming her. 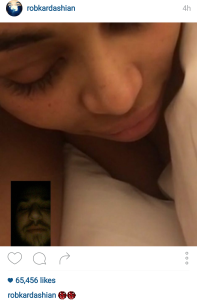 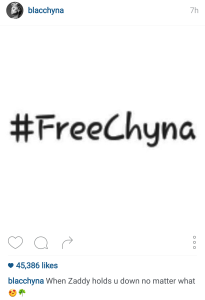 Chyna spoke to TMZ on her way inside a Los Angeles airport earlier that evening on how the Kardashians feel about her new relationship with their brother. Watch BELOW: