“What a shame, it took a split for them to know I was your man” – Safaree

Five months after the end of their 12 year relationship, and Nicki and Safaree are STILL taking shots at each other in their music. In his latest single Love The Most, Safaree spills the tea on his past relationship with Nicki, exposing her drug addiction to pills and clearing up the misconception that she brought him to fame. Though both claim they still have love for each other and wish each other the best, they continue to down each other in their lyrics. In his Love The Most lyrics, Safaree discussed Nicki’s new relationship with Meek Mill, who she allegedly cheated on Safaree with, saying Nicki claimed he was overreacting when he accused the two of having an affair and her getting with Meek was Safaree’s “worst fear”. After the news broke back in January of their split, Safaree revealed Nicki doesn’t write all of her raps. Being that he wrote some of her lyrics, Safaree feels he doesn’t get enough credit from Nicki while being portrayed as a leech. 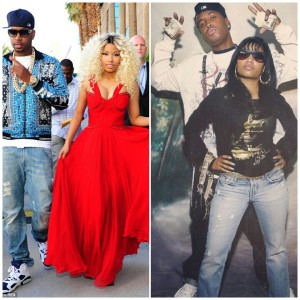 Safaree also expressed his disappointment with Nicki not making sure he was financially straight post breakup, saying “You remember what you told me when you wasn’t on the PILLS? If the shoe was on the other foot, I’d make sure you’re straight”. While some of you may say a REAL MAN shouldn’t expect a woman to take care of him, you have to consider the fact that for 12 years, Safaree put his dreams on the backburner to help build Nicki’s career. A marriage would’ve required Nicki to pay for Safaree’s living expenses post-breakup. However, despite Safaree proposing during the third year of their relationship, Nicki admitted in her interview with Angie Martinez that she kept postponing the marriage because her marriage would be public knowledge, which could ruin her single and attainable image. 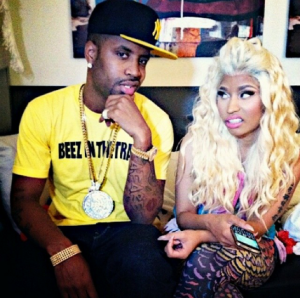 Many of Nicki’s male peers have been blasted for doing the same, including her new boo Meek Mill. Their “starter wives” and “down chicks” hold them down during the beginning of their careers throughout jail stints, other women, long nights in the studio and months of touring, only for them to get left high and dry once the men make it to fame. Though Nicki brought her BF and former group member along with her to stardom, it’s clear in Safaree’s lyrics that once the relationship ended, so did the money train. Should celebrities be obligated to support their exes who supported them once they make it? 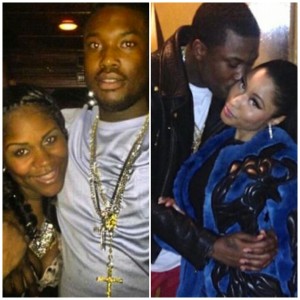 The same question was brought up back in 2012 during the divorce proceedings between Kobe Bryant and his wife Vanessa. Throughout cheating allegations and even a rape scandal, Vanessa still devoted over a decade of her life taking care of Kobe, their children and their home. When she finally filed for divorce, California state law required the L.A. Laker to give his spouse half his earnings totaling around $150 million. 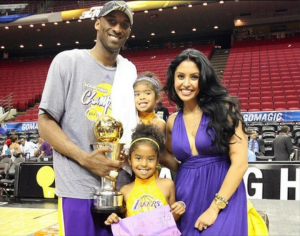 While women felt she deserved it for years of putting up with Kobe’s cheating ways, men didn’t feel the same. Rapper Drake even blasted Vanessa in his verse off Rick Ross’s Stay Schemin saying “Kobe about to lose a $150M’s. Kobe my nigga, I hate it had to be him. Bitch you wasn’t with me shooting in the gym!!” Vanessa responded, saying she didn’t need to be in the gym, she was at home doing her job as a wife as she was supposed to:

“I don’t need to be in the gym. I’m raising our daughters, signing checks and taking care of everything else that pertains to our home life. I hold down our home life so my husband can focus on his career. It’s a partnership.” 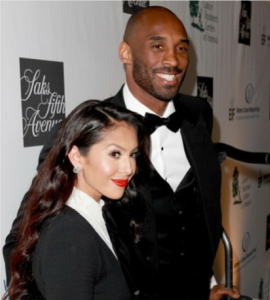 Kobe and his wife eventually reconciled and ceased the divorce proceedings. So the question remains: should celebrities be obligated to financially support those who held them down? And do the rules change when it’s a woman who was the bread winner? Check out the full lyrics to Safaree’s Love The Most via Genius.com, listen to the song, AND see Nicki’s response to Safaree blasting her in his song BELOW:

[Verse 1: Safaree]
When we first met you laughed at me
Who’d a known for 12 years you’d laugh with me
We started out as a group, told no lies we just spoke the truth
I used to cheer you on in the booth
We dreamed about cars that ain’t have a roof
So I’mma fast forward to now
We in the industry now, look how it ruined us wow
Behind doors I’m the man
Calculated and I planned
What a shame, it took a split for them to know I was your man
Got so tired of hidin’ it
Head high with no pride in it
Guess I wasn’t cool enough cause in our pictures we hidin’ it
Everytime it went south, I be sleepin’ on the couch
Hotel room for one, thinkin’ what is this about
I took the good with the bad
Always heated I was mad
In our pictures yeah we’re smilin’ but inside I’m feelin’ sad

[Bridge: Safaree]
Did the good outweigh the bad or did the bad outweigh the good
You ain’t do it all alone we took ourselves up out the hood
Yeah we made it on the rise ain’t no green in my eyes
Cause we both went to sleep in the same bed of lies

[Verse 2: Safaree]
Yeah I was a backbone, a little caught up in the light
All I did was hold you down, before it all you was my wife
Real life behind the scenes, all I did was really help
To them you just a billboard, I cared about your health
I don’t care about the wealth
I ain’t care about your fame
I ain’t care about no flawless VVS’s in your chain
I ain’t sayin’ I’m the best, no one will love you like I did
12 years up in flames, thought you woulda had my kid
Year 3 got engaged, now we movin’ out of rage
I ain’t never think our book woulda ended on this page
Had to watch you kiss Nas and pretend it’s all cool
Inside I was feelin’ like a motherfuckin’ fool
Life revolves around a bitch show me a man that won’t cheat
Said I was overreactin’ but you did like
Said I was overreactin’ guess you did like

[Verse 3: Safaree]
I ain’t playin’ tit for tat, I don’t wanna pull you down
I’m not into circus acts and I don’t even like clowns
I ain’t even gonna front like I never watch your show
And I’m still your biggest fan and I don’t need a front row
Yeah I know I’m not perfect, you was payin’ all the bills
You remember what you told me when you wasn’t on the pills?
If the shoe was on the other foot I’d make sure you’re straight
I ain’t playin’ kiddy games and I ain’t fallin’ for the bait
Tell your momma, tell your brothers, I still love them like my own
I don’t bother reachin’ out because it’s too close to home
But now we’re not together I don’t feel you wish the best
Can’t believe we not friends, smh, what a mess
That’s between me and you, it was always me and you
We ain’t do this off opinions, it was only me and you
Then you let somebody new come and whisper in your ear
Didn’t think he woulda told you that was my biggest fear

Nicki RESPONDED to Safaree via Twitter saying whatever Safaree is going through is karma from him cheating her and that he should move on now that she’s happy with Meek: 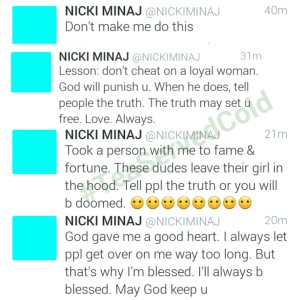 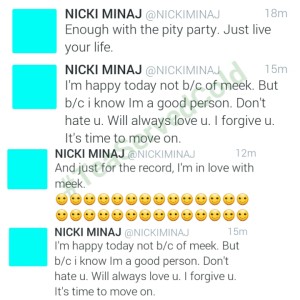 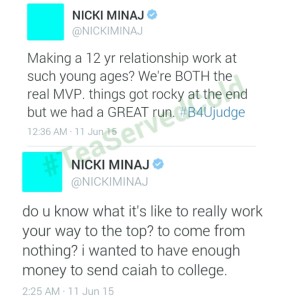