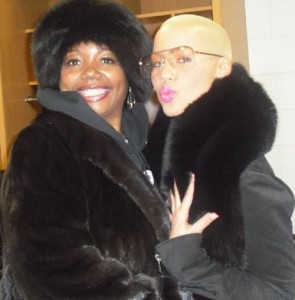 And the battle rages on….

After the social media Battle Royale that included Khloe Kardashian, Amber Rose, and several other celebrities, Amber is still receiving backlash for her interview with The Breakfast Club Morning Show. This time, it’s coming from her mother-in-law, Peachie Wimbush.

Peachie, also known as Mama Wiz, took shots at Amber on Instagram during Amber’s feud with Khloe Kardashian two days ago. Today, Peachie took to her Twitter account to continue calling out Amber for being a bad mom, tweeting “I always knew you weren’t sh*t” and referencing Amber’s interview where Amber stated she waited four months for Wiz to come back home after their separation: 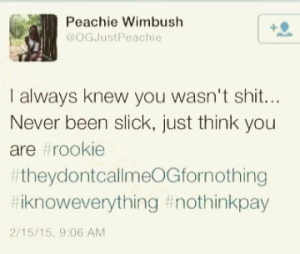 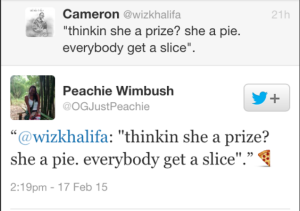 The last tweet from Mama Wiz was a retweet from Amber’s estranged husband, Wiz Khalifa who tweeted “everyone gets a slice” of Amber after she uploaded pictures and videos of her dancing in Trinidad’s Carnival yesterday, to which Amber responded: 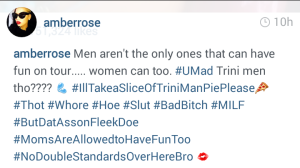 Unfortunately for Amber, the battle between her husband and his family is far from over. TMZ reported yesterday that Wiz is building a custody case against Amber for their one year old son, Sebastian.

Wiz Khalifa is gunning for more custody of his 1-year-old son, because he believes Amber Rose is a bad mom … according to documents obtained by TMZ.

We’ve learned Wiz’s camp has put together a laundry list of complaints, including:

— Amber often stays out all night, requiring that relatives and staff take over

— Amber and her mom have a volatile relationship, laced with “shouting matches and vulgar exchanges,” which upset the boy. And during the arguments the N word was hurled by Amber’s mom

Wiz has not filed legal docs to change custody, but we’re told that’s coming … which is why he’s getting relatives and others involved to help him make a case.

If these are Wiz’s main concerns, he really doesn’t have a leg to stand on. First-time mothers receive a lot of leeway in custody court cases, as long as the child’s safety hasn’t been put into jeopardy. As TMZ  has pointed out, Amber’s dog licking himself and then licking Baby Sebastian’s face could occur with anyone who has pets and children; and due to Amber’s persona, the bulk of her money probably comes from club appearances which explains her staying out all night and having her nanny tend to Baby Sebastian; and as far as Amber using the N-word around Sebastian, considering Wiz’s music is laced with marijuana references, profanity AND the N-word, he may want to rethink his claims…. 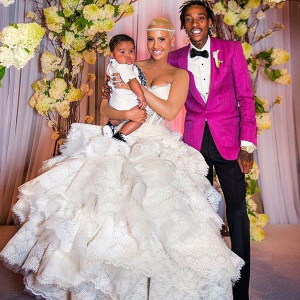