The dude you’ve had your eye on finally asked for your number… and actually used it! You’re so geeked about your new boo, you can’t wait til he calls to talk about everything.

STOP! This is where we go wrong. You tell your new boo about your fuckboy ex, how your bestie is secretly jealous of you and how her boyfriend gave her an STD. You’ve told him so much, you feel like he knows your whole life, yet you know nothing about his.

Telling your new boo how your ex messed you over won’t make him feel sorry for you. It just makes you look bitter. Even worse, he may use this information to his advantage, doing everything your man didn’t do just so he can get what he wants out of you. We tell men everything about us, what we like, and don’t like. That’s giving him the playbook on how to get you. Give these men a chance to show you who they are before you tell them who you need them to be. Plus, when you get to talk too much, Ms. Girl, he doesn’t have to. You could have a potential fuck boy in front of you and you’d never know it, because you didn’t give him a chance to speak.

Then, there’s the gossiping with your guy. Little girl, find you another friend and stop talking about your bestie’s business with him. You’re only going to make him frown up like he’s been sucking on a sour pickle when he sees those people you talk about to him. It’s not his business that your bestie’s boyfriend stole money from her. Keep your past (and your friend’s business) to yourself! 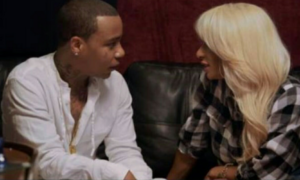 SMH! This is by far the worst thing that we as women do! I wish we’d stop this shit. You treat a man that’s not your man like he’s your man. He ain’t your man if the only pictures of him you posting on Instagram are of his leg and his arm, him with an emoji over his face. Or if you can only refer to him in your Facebook posts as “boo”, “bae”, “him”, and never by his name. Hell, you can’t even tag him! Yet, as soon as you catch him with another girl, the first thing he’ll be quick to remind you that you and he were never a “we”.

Now you feel stupid, and will either move on and start all the way over finding someone else, or keep messing with the same guy and hope you’ll be his official girlfriend one day. As I said before, Date Selfishly! Don’t give one man all of you until he’s officially yours and, for damn sure, don’t spend too much time on a man who won’t commit. Don’t call him “bae” or “boo” until you can call him “my boyfriend “. My favorite line is “don’t do wifey shit for a fuckboy (or a guy that’s not yours)!”