Remy Ma went for the bait.

Nicki Minaj was featured on a recently released track with Gucci Mane, and per usual, fans assumed she was either dissing Lil Kim or Remy Ma -whoever is popping at the time.

Remy Ma responded by releasing the track (Sh)ether and the cover photo for the track says it all: 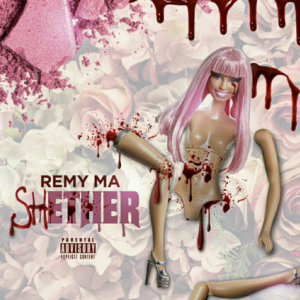 In the track, Remy blames Nicki for the Meek vs Drake beef, clowns her for her breakup with Safaree Samuels and Nicki’s fake butt.

Listen to Remy’s track below: