The Glam University’s CEO Sabrina Peterson is coming to her friend Tameka “Tiny” Harris’s defense after Tiny got bashed for lying. 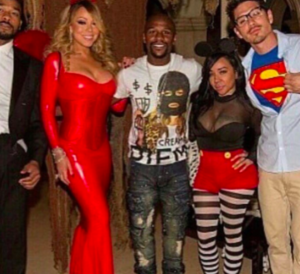 Tiny almost reignited a beef between her estranged husband T.I. and boxer Floyd Mayweather after a picture of the two posing together at Mariah Carey’s private Halloween party was posted online. Because of the bad history between the rapper and the undefeated boxer, Tiny posted a video explaining that Mariah asked her to take a picture with Floyd, alluding that that’s the only interaction she had with Floyd:

Now, a video has surfaced of Tiny and Floyd dancing together at the party, showing Tiny lied about not interacting with Floyd:

After the video, Floyd posted a picture of a $100 million check, reportedly worth double T.I.’s net worth, saying it’s just one of the many checks he’s earned that he still hasn’t touched:

Gotta love these backseat drivers so worried about another man’s legacy instead of trying to write their own. Ultimately, I will always have the last laugh. This is just one of my many checks, a cool $100,000,000.00 that I still have every dime of. Y’all still have to work however, I’m happily retired. At the end of the day, it’s them Benjamin Franklins that matter to me, so the jokes on you. I’ve made smart investments, sorry for those who thought that I couldn’t read, write, or count. Y’all call them watches, I call them time pieces. Y’all call them boats, I call them yachts. Y’all call them houses, I call them mansions. Y’all charter jets and we own jets. #TMT

Sabrina, using her business’s Instagram page, posted pictures and videos defending Tiny, while exploiting the rumors of T.I. cheating on Tiny for over a decade. Tiny approved (pictures captured via Fameolous): 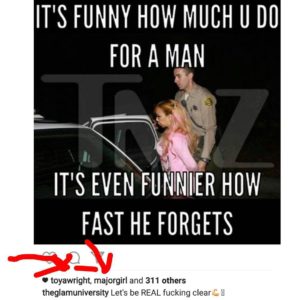 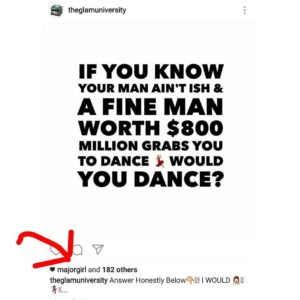 Sabrina posted the video above with the caption, “Can she dance? & y’all mad about a dance & a picture?!?! Bishes done been thru hell with these men”.

Read more on NEXT PAGE.