Empire stars 31 year old Grace Gealey and 32 year old Trai Byers got secretly married Thursday in the Cayman Islands. The wedding was such a secret, not even the rest of the Empire cast was there! 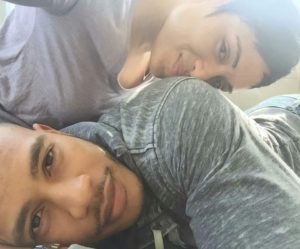 According to TMZ, who obtained pictures from the ceremony, the guest list included around 50 of the couple’s closest friends and family. Byers and Gealey matched in white attire as they overlooked the coastline in their twilight beach ceremony. Gealey is also a native to the Cayman Islands. The two met on the set of Empire in 2014 and kept their relationship a secret during filming. That came to an end when the two were spotted getting extra cozy at a wedding back in March 2015. 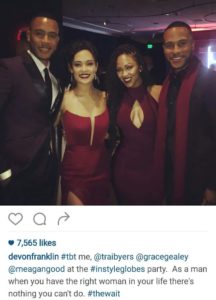 Since then, the two have become an item, walking red carpets together and having date nights at celebrity events. Aside from acting, both Byers and Gealey love to sing and dance, adding hip-hop, reggae, and a disco line up at their wedding reception. They both are really deep into their religion, tweeting Bible scriptures and inspirational prayer quotes on their social media feeds regularly. I wish these two the best in their marriage. 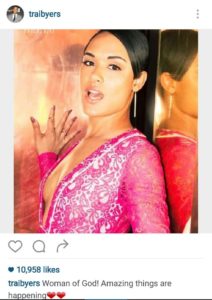