VH1 stars Ryan Henry of Black Ink Crew: Chicago and Patrice Curry of Basketball Wives L.A. share more than just a network. They share a family bond that ended in tragedy. During her season of BBWLA, Patrice mentioned she was adopting her husband’s child Noah Curry. Patrice stated Noah was the product of her husband’s infidelity during their marriage, but that isn’t the whole truth.

Though Noah may have been born during their marriage, he was conceived prior to his marriage with Patrice, just like some of Eddy’s other children. Noah is also the nephew of Ryan Henry. Ryan is the younger brother of Nova Henry, who was killed after suing Eddy Curry for child support. VH1 producers would have you to believe Nova was just a random woman Eddy slept with and subsequently impregnated, but their love story extended nearly a decade, far before Patrice came into the picture. Matter of fact, Patrice was the other woman.

Nova Henry met Eddy Curry in a junior high school of Chicago, Illinois. The two became the best of friends, spending time with each other’s families. It wasn’t until their senior year at Thornton High School that the two decided to turn their long-standing friendship into a romantic relationship. They continued to date after Eddy was drafted to the Chicago Bulls in 2001. Nova later attended Illinois State University with the hopes of owning her own dental practice. As a rookie in the league, Eddy indulged in his new baller lifestyle filled with money, traveling, and other women. He became involved with another woman named Korie Kellogg during his relationship with Nova and secretly married Korie on Valentine’s Day of 2001. Nova found out from reading the newspaper of Eddy’s secret nuptials. She was crushed, but six months later, Eddy filed for divorce from his new wife. Though his marriage to Korie only lasted six months, it spawned a child, Eddy Curry III.

Nova and Curry began dating again and Nova became an official “W.A.G.”, a term given to the “Wives And Girlfriends” of professional athletes.  Nova attended private dinners, basketball games, and special events with the other W.A.G’s and players of the Chicago Bulls. Unbeknownst to Nova, Eddy begun seeing another woman. This woman worked for the Chicago Bulls organization, so she was familiar with all of the players and their significant others, including Eddy’s. This woman was Patrice, his now-wife.

Nova continued to date Curry without knowing he was cheating on her with Patrice. When Curry was traded from the Chicago Bulls to the New York Knicks, he continued his relationship with Nova, flying her in and out of Chicago and New York. During this time, she became pregnant with the couple’s first child.

Five months into her pregnancy, Nova discovered Curry had secretly got engaged to the woman he’d been seeing behind her back, Patrice. Patrice and Eddy already had two children together prior to getting engaged.

After the birth of Nova’s son Noah Curry in 2006, Eddy’s financial support of Nova started to waver and Nova sought the help of attorney Frederick Goings. Together, they successfully sued Eddy for child support in a Chicago courtroom and Nova was granted $6,000/month in child support.

After the settlement, Nova and Eddy began dating again. Nova’s friends and family warned her about getting involved with the newly married Eddy, as he’d proved to be dishonest in the past. Nova insisted she loved him and even got Eddy’s named tattooed on her. From their reconciled relationship spawned yet another child, a daughter named Ava Curry-Henry in 2008. 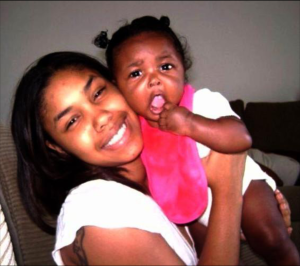 Eddy denied paternity and Nova was forced back into court for another child support case against Eddy, this time for baby Ava. DNA proved Eddy to be the father and a Chicago judge granted Nova $15K/month in child support. After the case was settled, Nova became romantically involved with her attorney Frederick Goings. That relationship was plagued with physical and emotional abuse.

After breaking up with him, Nova discovered Goings had overcharged by the thousands in her attorney fees. She began working with a different attorney unbeknownst to Goings. In January of 2009, Goings discovered Nova was working against him when he visited her in her upscale Chicago townhouse. While going through Nova’s computer, Goings saw Nova’s emails discussing Goings and evidence of his overcharging Nova. While in the townhouse with Nova and her two children by Curry, Goings opened fire on Nova. Nova grabbed her 10 month old daughter Ava and ran towards the living room where her then three year old son Noah was watching TV. Bullets striking Nova and her infant daughter killed them both and Goings left their bodies on the living room floor. Three year old Noah faked sleep with a blanket over his head. The blanket was splattered with his mom’s and sister’s blood.

Their bodies were discovered by Nova’s mom Yolan Henry, and Yolan’s boyfriend. Yolan became worried about her daughter’s whereabouts after Nova was absent from the funeral of Nova’s grandmother. After repeated attempts to contact Nova, Yolan and her boyfriend drove to Nova’s townhouse after the funeral and discovered the bodies of Nova and Ava covered in blood on the floor, while Noah was still under the blanket. He had fallen asleep and Yolan was relieved to discover he was still alive. Noah told Yolan “Frederick hurt mommy”. Frederick was found guilty of her murder on February 13, 2013. 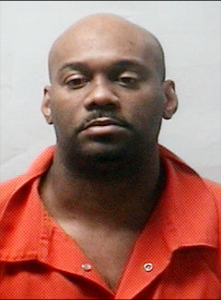 Patrice Curry and Eddy Curry were later granted custody over Noah from Yolan, who had been caring for her grandson since her daughter’s murder. Noah appeared on season 4 of BBWLA with Patrice. Patrice also cared for Eddy Curry III, Eddy’s son with first wife Korie Kellogg, after Korie was charged with abusing him in 2012. She was later found not guilty and regained custody of Eddy III.

Patrice blogged about the perils of having to raise Eddy’s children from other women HERE.

Patrice stated she cares for all seven collective children between herself and Eddy when the children come to visit their home. Only only four of the children are biologically Patrice. Patrice also expressed wanting to formerly adopt Noah on the show. Watch her scene discussing Noah, inaccurately referring to him as the “product of Eddy’s infidelity”. As I stated before, he was conceived before Eddy married Patrice:

On the new season of Black Ink Crew: Chicago, Ryan Henry cites his sister Nova Henry as his inspiration. After discovering his love of artistry and tattooing, Nova encouraged Ryan to open his own shop. Nova even opted to be his first investor. Ryan and the Currys maintain a close relationship. Patrice posted her pictures on her social media page of her children visiting Ryan’s tattoo shop to get their first fake tattoos: 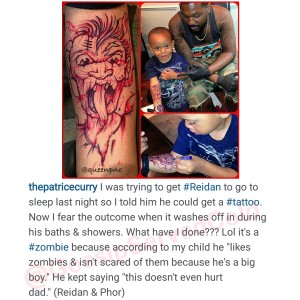 Watch Ryan, the owner of Chicago’s 9Mag tattoo shop and star of VH1’s Black Ink Crew, discuss his sister’s death and how she still inspires him below:

Watch the first full episode of the new series HERE.

Watch the love story of Eddy Curry and Nova Henry as documented by TV One’s series Fatal Attraction BELOW: