After negotiating with the attorney for the family of Freddie Gray, Baltimore Mayor Stephanie Rawlings-Blake announced the city will award the Gray family a settlement of $6.4 million. The mayor says this settlement does not represent any guilt on the officers’ parts, it’s strictly to offer a level of closure to the family and to avoid an even more costly civil suit:

“The settlement is being proposed solely because it is in the best interest of the city, and avoids costly and protracted litigation that would only make it more difficult for our city to heal and potentially cost taxpayers many millions in more damages”.

“All of us realize that money cannot, will not — there’s no possibility — to bring back a loved one,” the mayor said. “I hope that this settlement will bring a level of closure for the family, for the police department and for our city.”

Gene Ryan, president of the Baltimore Fraternal Order of Police, calls the settlement “ridiculous” and has reportedly urged the city committee to take back the settlement, saying it could cause more tension between the police and the citizens of Baltimore:

“This news threatens to interrupt any progress made toward restoring the relationship between the members of the Baltimore Police Department and the Baltimore city government”, says Ryan.

“To suggest that there is any reason to settle prior to the adjudication of the pending criminal cases is obscene and without regard to the fiduciary responsibility owed to [taxpayers]. There has been no civil litigation filed; nor has there been any guilt determined that would require such a ridiculous reaction.”

Mayor Rawlings-Blake says she’s “baffled” by Ryan’s comments as the settlement would be in the officers’ benefit as it ensures they cannot be sued in civil court. The six officers charged in the wrongful death of Freddie Gray will still reportedly face prosecution in criminal court.

On April 12, 2015 in Baltimore, Maryland, 25 year old Freddie Gray was arrested for possession of an illegal switchblade. After being handcuffed and placed in the back of the police van, he allegedly suffered spinal injuries from excessive force used during the arrest and from not being buckled into a seat in the back of the van.

Gray asked for medical assistance three times from the officers, but they failed to give him any assistance. On April 19, Freddie succumbed to his injuries while in police custody. 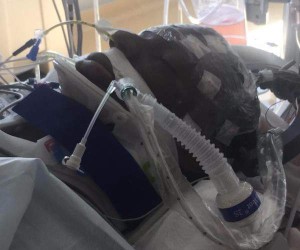 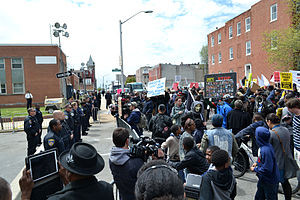 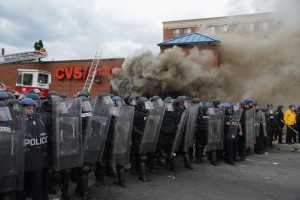 An investigation launched on April 21, 2015 discovered the officers not only illegally arrested and searched him without probable cause, they also prolonged the transport of the prisoners to the correctional facility in an alleged attempt to hide Gray’s injuries.

Baltimore City State’s Attorney, Marilyn James Mosby announced on May 1st that the  death of Freddie Gray was ruled a homicide and the six officers involved in his death were criminally charged with charges ranging from manslaughter, second-degree heart-depraved murder and illegal arrest:

Mayor Rawlings-Blake also says she welcomes the idea of the police officers using body cameras to prevent these incidents from happening again.

This morning, a judge denied the motion of the officers to move their criminal trials out of town. Each of the six officers will be tried separately in the death of Freddie Gray in Baltimore.