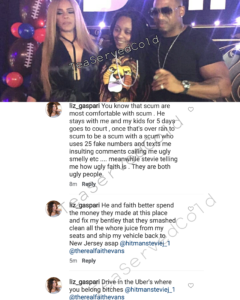 In the picture posted from the Detroit nightclub, Liz says that Stevie’s broke ass was staying with her while going to court. The 45 year old reality star reportedly owes $1.3 million in a federal child support case. You know it’s bad when family court has to hand your case over to the feds.

Liz also posted pictures on her own Instagram, saying if it weren’t for her loaning Stevie her Bentley, he would be catching Ubers: 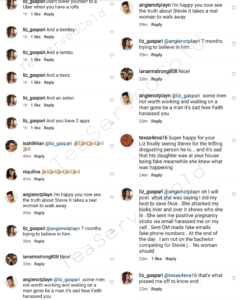 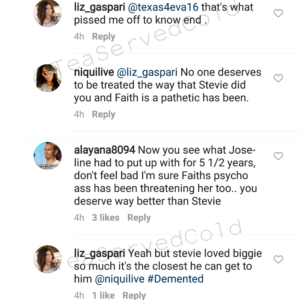 Besides posting a picture of he and Faith, Stevie has yet to respond: 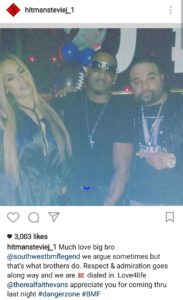