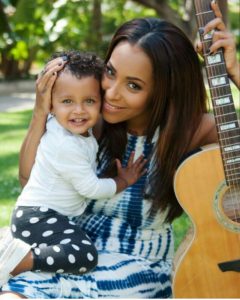 Love & Hip Hop New York’s Amina and her adorable daughter Cori stopped by TMZ for an interview. According to the reality star, nothing has changed since the last season. Amina is left to do everything by herself regarding her  pregnancy with her second daughter, to be named Bronx. Though Peter Gunz is absent in the doctor’s office, he’s present in the bedroom. Despite Peter’s infidelity in their marriage, getting his ex pregnant for the third time during his marriage to Amina, AND not being supportive for Amina’s current pregnancy, Amina still allows Peter to sleep with her anytime he wants. Check out the interview below: