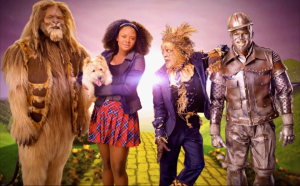 Last night’s live performance of The Wiz starring Amber Riley, Queen Latifah, Common, Mary J. Blidge, and Ne-yo garnered mixed reviews and dozens of memes on social media. Some say NBC’s version wasn’t as great as those before it. Considering, the plot pretty much stays the same year after year, what did fans expect? How much excitement can you get from a story you’ve seen time and time again?

The cast from last night’s special definitely brought a more fun and modern spin to the urban classic rendition of The Wizard of Oz, which included some of today’s hottest dance moves inserted into the choreography and a more modern attire for the character of “Dorothy”. Let’s take a walk down memory lane and see some of our favorite stars in their versions of The Wiz:

I think everyone will agree no one can top the 1978 version of The Wiz starring Michael Jackson, Richard Pryor, Lena Horne, and Diana Ross. Sidney Lumet’s The Wiz was the film version of the popular Broadway musical that retold the events of L. Frank Baum’s classic novel The Wonderful Wizard of Oz. The Wiz, which aired in 1978, still airs during the holiday seasons for families to enjoy for generations. Watch a clip featuring Michael Jackson as the “Scarecrow” and Diana Ross as “Dorothy” below:

The Wiz, which is known as the Black version of The Wonderful Wizard of Oz, is a cult classic and the role of “Dorothy” has been played by some of our favorite stars before they made it big. Two of them being Beyonce and Jazmine Sullivan. Watch a 7 year old Beyonce and 11 year old Jazmine Sullivan sing their hearts out as “Dorothy” in their versions of The Wiz:

Watch NBC’s The Wiz, which aired last night BELOW. Here’s a fun fact: Stephanie Mills, who played Aunty Em last night also played “Dorothy” in the 1975 in the original version of the play on Broadway: 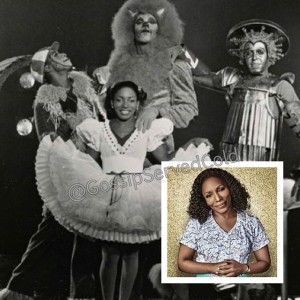