After months of subliminal messages and shade throwing on social media, Erica Mena and Shad Moss aka Bow Wow have finally called it quits. Initially, it seemed the two were just looking for attention while openly shading each other online, but after Moss spent Thanksgiving with his ex and mother of his child, Joie Chavis, fans could see it was the beginning of the end.

Moss posted the below picture of his BM Joie, saying he deserves to be happy and Erica Mena replied: 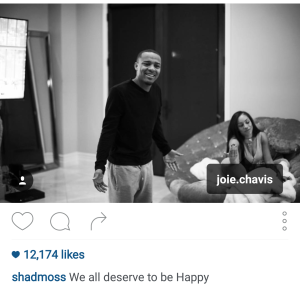 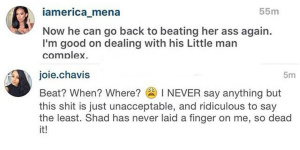 Moss has also been flaunting his BM Joie all over his social media accounts, as well as commenting under Joie’s posts: 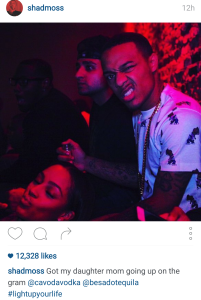 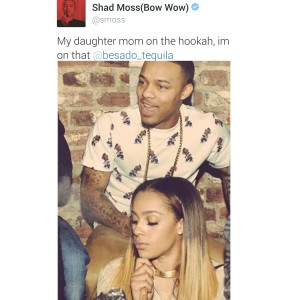 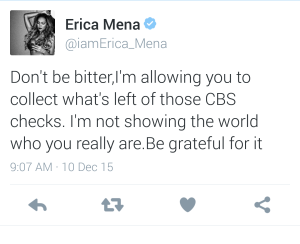 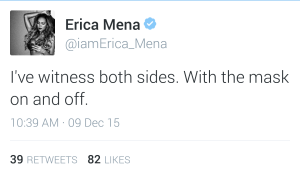 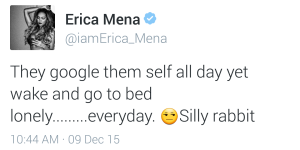 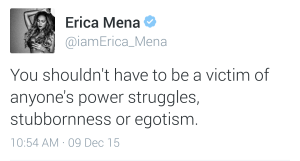 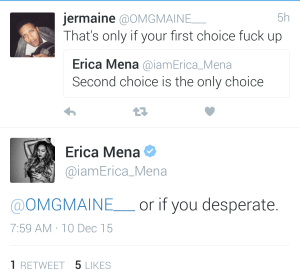 Mena also posted on her Snapchat account that she was starting speed dating alongside her assistant:

Erica clapped back, telling Rich to mind his business before she exposes him: 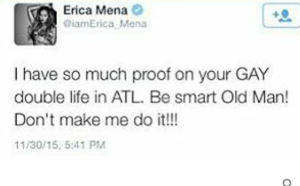 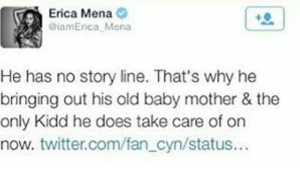 The two have a history of breaking up to make up, but considering Moss is openly flaunting his BM, chances are they’re done for good. After the news of their breakup, Rich Dollaz took to twitter and slid a little jab in… 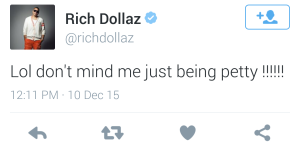