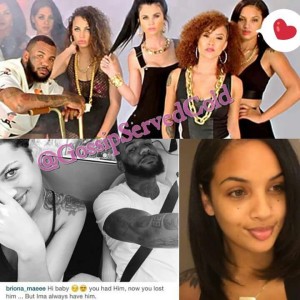 There really isn’t even a point in watching VH1’s She’s Got Game. Contestant Briona Mae pretty much revealed she’s already won. She’s been spotted EVERYWHERE with The Game and has posted booed up pictures of the two of them together, which pissed off The Game’s ex-girlfriend, India Love and her sister Brooke Westbrooks: 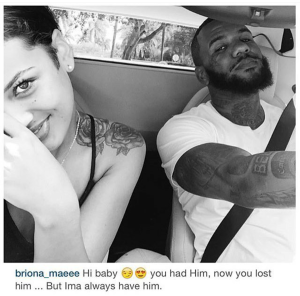 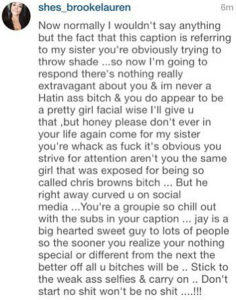 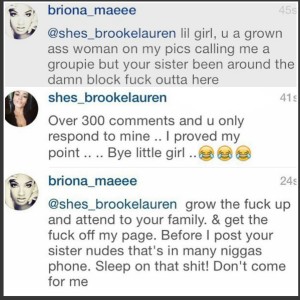 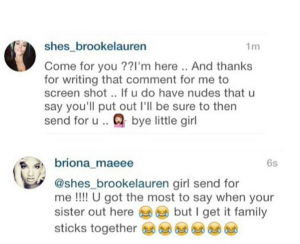 Now, both Briona and her friend Leaux, The Game’s former assistant, are HARASSING another contestant on instagram, Priscilla Rainey, who claims The Game sexually assaulted her while filming. 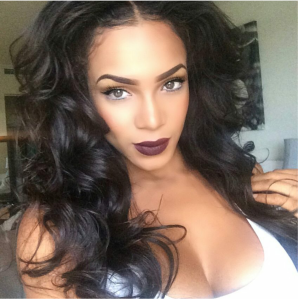 Priscilla accused the 35 year old rapper of forcefully reaching his hand inside her dress and rubbing her bare genitals, amongst other things. Priscilla claims this incident happened on May 22nd of this year while they were filming a scene for the show at a sports bar. She’s suing The Game for $10 million. The Game has responded on social media, saying “if he touched her, she would’ve loved it” and “Priscilla KNEW damn well what she was getting herself into”.

The Baller Alert blog site ran the story about Priscilla Rainey’s sexual assault case against the rapper. Model Amber Rose was NOT HAPPY with the victim shaming tone of the blog’s post. She stood up for Priscilla and told the blog of the dangers of shaming sexual assault victims. The Game CLAPPED BACK at Amber saying, “leave it to YOU to defend a slut”: 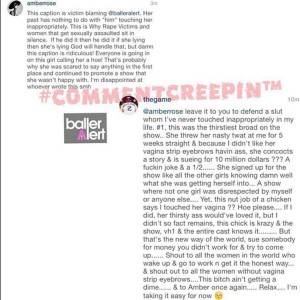 The makeup artist (MUA) of the show has publicly sided with Priscilla Rainey. The MUA referred to Leaux  as The Game’s “Fake Side Chick”, and she’s not the first to say that about Leaux. The Game’s former fiancé, Tiffney Cambridge never liked Leaux either and implied that something was going on between the two during the course of Game’s relationship with Tiffney on their show Marrying The Game. The Game, Leaux, and his girlfriend/contestant of She’s Got Game, Briona Mae continued to harass the MUA and Priscilla on Instagram: 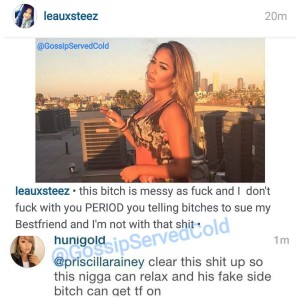 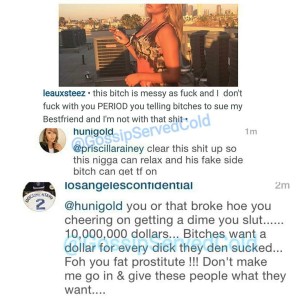 The Game’s girlfriend Briona Mae calls out Priscilla on instagram, telling Priscilla “you know you wanted the D (Dick)” and that she’s not worth a $10 million lawsuit: 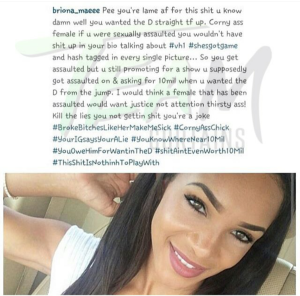 NOW, it looks like the MUA has outted The Game for putting hands ON HER. She says he LEFT BRUISES, which she took pictures of and that he later apologized for assaulting her: 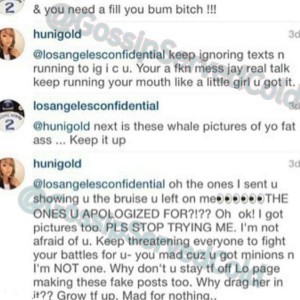 The Game also reportedly BROKE THE NOSE of his former fiancé and mother of two of his children, Tiffney Cambridge. Fans residing in Los Angeles have confirmed stories of The Game abusing Tiffney in public places, being verbally abrasive while physically pushing and grabbing Tiffney prior to their breakup. Yet, this is the man women are fighting FOR?? Soon, they’re gonna be fighting AGAINST him…. 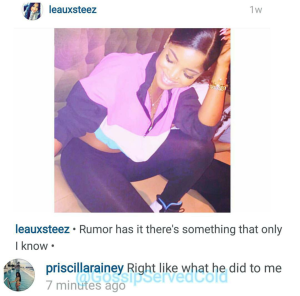